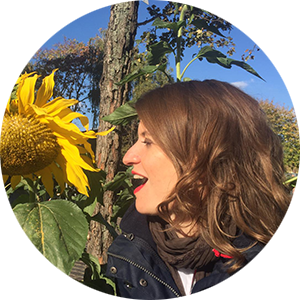 The Brazilian way of singing, which can be found in the well-known music styles from Brazil such as Bossa Nova and Samba, usually sounds very natural and has a gentle way in which the own speech voice is melodically transmitted. The singing lessons of Giovanna Piazza are a great opportunity to experience the world of Brazilian singing.

In the lessons, vocal technique is worked through step-by-step by Brazilian songs. The Portuguese pronunciation of Brazil is used as a basis for orientation.

The main focuses of these lessons are:

The goal of the courses is to have a lot of fun singing Brazilian music. The lessons are suitable for beginners and advanced students.

In her lessons, Giovanna incorporates her diverse musical experiences and provides all students with plenty of inspiration and the coaching he or she needs.

“Saudade” is a kind of leitmotif of the musical identity of Giovanna: Growing up between Brazil and Germany and living in Mexico for several years, she lets the different cultural influences flow into her music. Thanks to her diverse cultural roots, a touch of Brazil shapes each of her compositions and arrangements of Latin American and European music in a wonderful way.

Giovanna sings in more than six languages. In addition, she has a deep interest in local musical traditions and is a passionate collector of songs from Europe and Latin America. She loves to combine these different influences and embody them with her singing.

This website uses cookies to improve your experience while you navigate through the website. Out of these, the cookies that are categorized as necessary are stored on your browser as they are essential for the working of basic functionalities of the website. We also use third-party cookies that help us analyze and understand how you use this website. These cookies will be stored in your browser only with your consent. You also have the option to opt-out of these cookies. But opting out of some of these cookies may affect your browsing experience.
Necessary Always Enabled
Necessary cookies are absolutely essential for the website to function properly. This category only includes cookies that ensures basic functionalities and security features of the website. These cookies do not store any personal information.
Non-necessary
Any cookies that may not be particularly necessary for the website to function and is used specifically to collect user personal data via analytics, ads, other embedded contents are termed as non-necessary cookies. It is mandatory to procure user consent prior to running these cookies on your website.
SAVE & ACCEPT